Music of Power - the titles and the theme music

The first series of The Plane Makers had a contemporary jazzy theme-tune matching the spinning title graphics (evoking either the spinning of a propeller or the turning of a lathe).

When The Plane Makers returned for its revamped second series, the titles had been redesigned to show the stately progress of the Sovereign airliner as a tug moved it from the tarmac to a hangar. The title music was replaced by the stately “Citizens of the World March” composed by Trevor Duncan. Born Leonard Trebilco, his day job as a BBC sound engineer and later as a music producer forced him to use a pseudonym for his composing . He began supplying library music to Boosey and Hawkes and after leaving the BBC an extract from “A Little March” became nationally known as the theme to “Doctor Finlay’s Casebook. Duncan's theme was retained for the third series of “The Plane Makers” even though the titles were revamped once more to show off the Vertical Take Off and Landing jet.

The Power Game saw a new series of titles – quite revolutionary for British TV of the period in that it showed each of the lead actors in association with their credit – and a new theme tune. Matching the chessboard overtones of the title sequence and evoking the mood of “The Plane Makers”, this was another semi-military march by Wayne Hill.

Hill was a vibraphone player for a Dutch-based group of session musicians called “The Novel Tones” who produced library music for the De Wolfe music service. Much of the music in British TV was bought “off the shelf” using De Wolfe discs, and The Novel Tones had already been heard in night club scenes for “The Plane Makers”. Indeed one scene featuring Wilder (Patrick Wymark) and Laura Challis (Wendy Gifford) is backed by Hill’s most famous composition “Left Bank Two” which the BBC subsequently used as the music for “The Gallery” in “Vision On”.

“The Power Game” was one of the most-watched series of the 1960’s, and ATV’s associate company PYE Records quickly produced a cover version as a single. The “Theme From the Power Game” was recorded by PYE’s A&R Man Cyril Stapleton, who had been leader of the BBC Show Band until 1957. In order to extend the playing time and give the music a contemporary edge, Stapleton opted for a “swinging” arrangement which must have pleased ATV’s executives to the extent that the Stapleton version actually accompanied the title sequence of the second series.

By laying Stapleton’s cover version over the title sequence, ATV gave the tie-in record a rare degree of provenance, turning the record into a best-seller.

Nicholas Whyte points out that the 27 March 1967 issue of Billboard carries news that the Power Game theme was among the Ivor Novello award winners, but unfortunately attributes it to “the late Wayne Hill”. The internet is surprisingly silent on Wayne Hill’s background (even if Wayne Hill was his real name) and it’s sad that he appears to have died on the cusp of success. 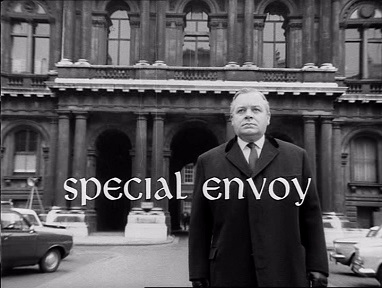 For the third and final series of “The Power Game”, the title sequence was revamped to reflect cast changes and Wilder’s new status as “Special Envoy”. The characters were filmed around the Foreign Office and Whitehall and Wayne Hill’s original version of the theme tune was restored. 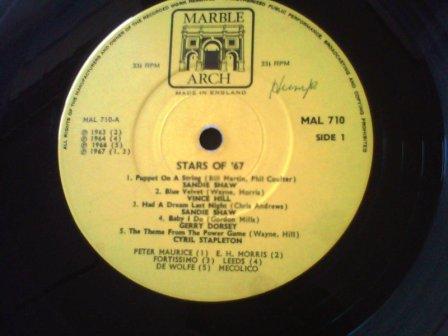