Pamela’s question comes after Sir John Wilder appears at the end of an auction to buy a piece (and with a gesture gift to Pamela) that the bidding has taken out of her range. “Me for one,” Don Henderson (Jack Watling) ruefully replies, as he thinks back to the Wilder-generated loss he’s made on the stock exchange earlier that day. 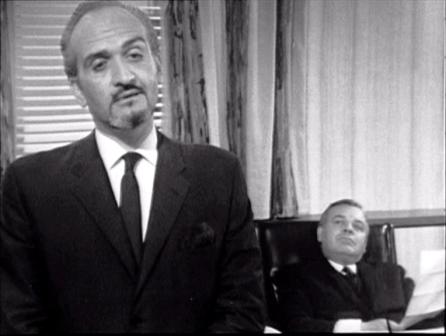 “The Front Men” deals with competition for a four million pound building contract in the Middle East. Both Bligh Construction and Infells are competing for an oil-money-backed project in Beirut. As the episode opens Frank Hagadan (George Sewell) is celebrating with champagne, while Ken Bligh (Peter Barkworth) is surprisingly laid back about Infells’ victory. Only Don Henderson is disgruntled, but a fellow-passenger Salem (Roger Delgado) offers him a business card saying Hagadan’s triumph may not be as certain as it seems.

Back in London, Ken gleefully informs Wilder that, “We missed out because we are now on the Arab blacklist.” For once Wilder is shocked. Don tells him that, “they raked up something about your selling aircraft spare parts to the Israelis while we were at Scott Furlong.”

Ken sees an opportunity to remove Wilder from control of Bligh Construction. He suggests that Caswell Bligh (Clifford Evans) calls Wilder as a witness to a National Export Board investigation into the Arab blacklist. If Wilder testifies, his name on the blacklist becomes public knowledge and the Board of Bligh’s will sack him as a liability. If Wilder refuses to testify, Caswell will have the evidence he needs to demand greater powers for the NEB. And the board will still fire him. 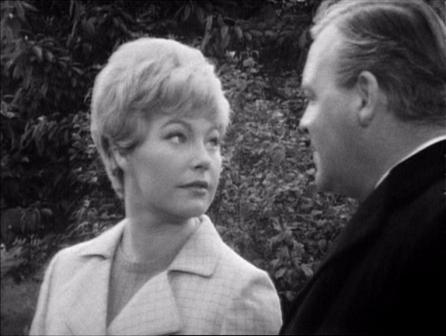 Susan Weldon (Rosemary Leach) finds herself faced with another dilemma as Caswell orders her to rush through the set-up of the Arab Blacklist committee. She knows that any warning to Wilder will clearly come to her, and believes Caswell half expects her to breach confidentiality. She meets Bruce Murray (Brian Haynes) a friend from the Treasury and suggests asking for a transfer. Murray reminds her that a few days ago she was all-out for promotion and says in ten years time she could be running the NEB. When she says a male civil servant asking for a transfer wouldn’t raise eyebrows, Murray rather patronisingly says, “All too obviously you’re a female civil servant who’s made the mistake of getting herself involved emotionally.”

Meanwhile, Salem has approached Wilder with a suggestion that Bligh Construction buys up a firm called Rashid Amara. The company’s board is made up of respectable deadwood, and with Salem appointed at a handsome salary, he would be able to ensure that the firm wins the construction contract.

As Pamela’s opening quote suggests, Wilder manages to turn the situation round before the end of the episode. His victory comes after some covert advice from Susan Weldon, showing that her knowledge of civil service politics is a valuable asset. After her feistiness in “Ambassador Status”, Susan now appears once more in thrall to Wilder. Rosemary Leach is totally convincing in her doe-eyed stare at the departing Wilder, even if the viewer is slightly annoyed to see her fall of the wagon again.

There’s a little side-show as Wilder appears to play along with Salem, buying up shares in Rashid Amara. Salem also buys-in, hoping for a windfall when Wilder orders Bligh Construction to acquire the firm. But instead, Wilder instructs his stock-broker to sell and orders the press officer to put out a release saying there is no truth to the rumours that Bligh Construction is interested in the company. Jack Watling gives an amusing performance as he listens to Wilder’s phone call and takes in the implications, before rushing off to sell the “thousand or so” he’s bought in Rashid Amara. 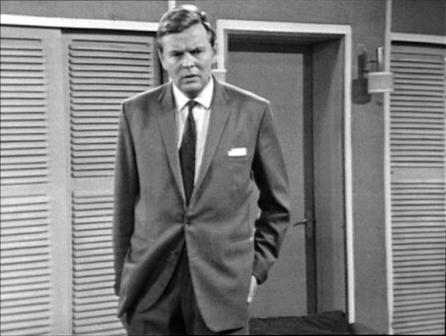 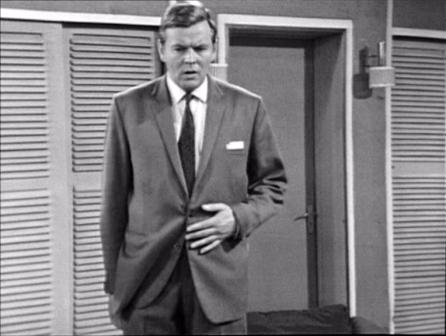 It’s well-known ( See Who Was Wymark )that the producers of Doctor Who went out to hire as many of the stars of “The Plane Makers” and “The Power Game” as they could, but it’s arguable that the actors were of a calibre that would have made them desirable even without the success of “The Power Game”. Future “Master” Roger Delgado gives an assured single episode performance as the self-serving Salem. In the opening scene he joins in with Hagadan’s celebration, but is also a quiet voice of comfort to the depressed Henderson. He is business-like in his opening with Wilder, knowing he only has seconds to catch his attention, but relaxes into cod-Arabianism when he needs to reassure Wilder ( the "empty blanket" of a company, Rashid Amara “could be your overcoat, Sir John, and the desert is cold.”). The mask only slips when Wilder reveals that Bligh’s are setting up “the sort of company whose Board carries more weight than your greediest dreams.” It won’t matter that Wilder’s behind it. “They only ever see the men in front!” 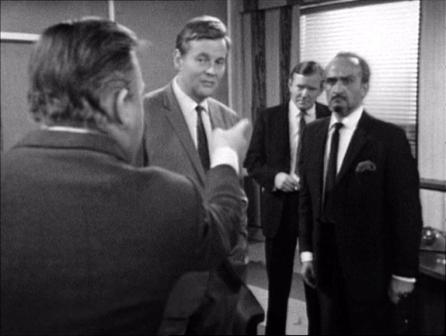 In the first series Wilder had tried to set father against son. Now, with Caswell Bligh supposedly independent at the NEB, the conflict is much more Ken versus Wilder, with Peter Barkworth openly aggressive("Put away your paper shield Wilder. I'm offering you a way out!"). Dennis Vance allows a much broader theatrical approach throughout this episode, with Patrick Wymark strutting in Shakespearean style as he instructs Don Henderson in his plotting, and delivers roaring rebukes to Ken and Salem in turn. 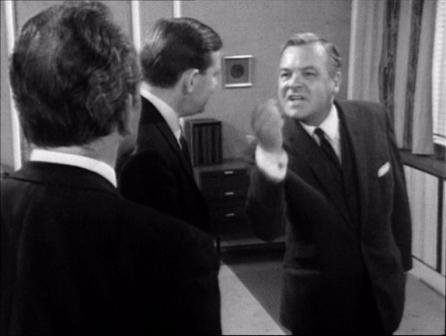